The high court of Allahabad will most probably pronounce its verdict on the murder case of the 14-year-old Aarushi Talwar of Noida. Both the parents were convicted of murdering their daughter four years earlier, which was a big shock for the whole country.

Justice BK Narayana and justice AK Mishra gave their verdict in September in response to the appeal which was filed by parents of Aarushi, Nupur and Rajesh Talwar, who have been sentenced to life imprisonment by the CBI court of Ghaziabad.

Both Nupur Talwar and Rajesh Talwar were found guilty of murdering Aarushi and the helper of the house Hemraj.

Aarushi was found murdered inside her bedroom on May 16, 2008. The Talwars were a resident of Jal Vayu Vihar in Noida. It was found that Aarushi was murdered using a surgical knife and her throat was slit. The police was suspecting that the househelp could be the murderer who was missing from the house. The house help, Hemraj, hailed from Nepal. But, to the surprise of the police, his body was found another day on the terrace of the building in a locked room.

The police after that started to suspect the parents of Aarushi. Police said, Rajesh Talwar had murdered both the daughter and the helper seeing them in an undesired position.

This allegation by the police made the Talwars and their family members angry, and they accused the police of putting false charges just because they were not able to solve the murder case.

The argument in the court pointed out on few evidences which could have led to the murder of the two, such as the activities that happened on the Internet, the very night of the murder, were quite suspicious, the missing key of Aarushi’s room, Hemraj’s pillowcase colour and the forensic test reports.

The case was in headlines for months, and every time it came up with some new evidences and led to number of conspiracy theories; even a Bollywood movie was made on it. The police was accused by many for not doing their investigation properly and they were even accused of tempering the evidences. 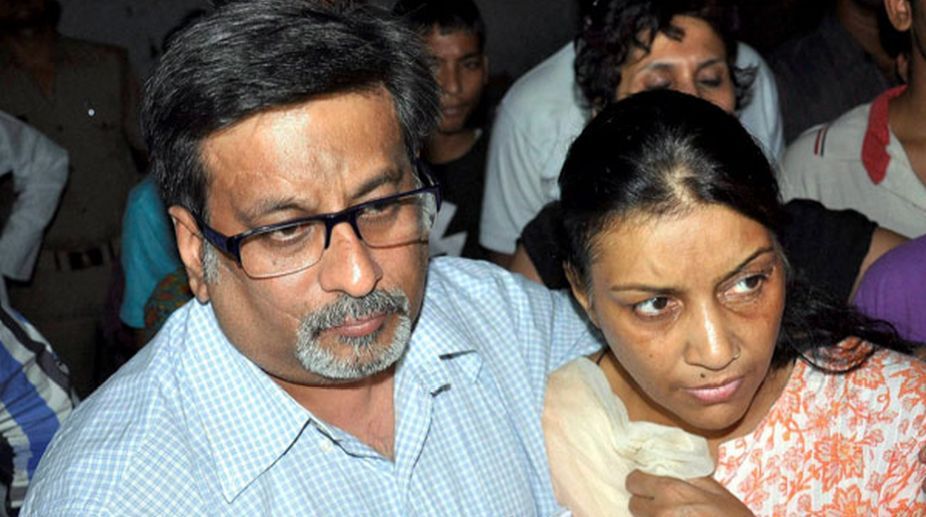 The case was later handed over to the Uttar Pradesh police to the CBI, who did not find the parents guilty and instead suspected the other two domestic servants Rajkumar Sharma and Vijay Mandal as the murderer, but this theory did not last long.

CBI handed over the investigation to a new team in 2009, who suggested that the case should be closed as there were major gaps in the investigation. Seeing the circumstances, it found Rajesh Talwar as the sole suspect, but couldn’t charge him as their was lack of evidence against him.

Calling CBI’s doubt of Rajesh being the murderer as baseless, the parents opposed the closure of case. The court ordered proceedings against the Talwars, rejecting the federal agency’s claim.

The Talwars, who were a well-to-do dentists with a happy life with good friends and family have lost everything now and for the past nine years focus has remained on the Talwars because of their cruelty.